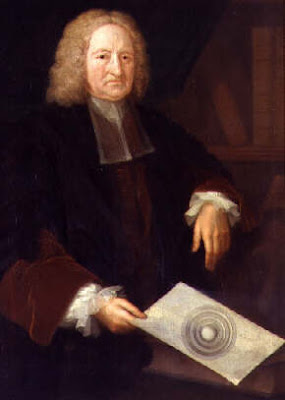 The famed British royal astronomer Edmond Halley (1656-1742) was the first to chart the constellations of the entire southern hemisphere and is credited with the discovery of the celebrated Halley's Comet. In 1692, due to work that Isaac Newton had accomplished regarding the relative masses and gravitational interactions of the Earth with the Moon, Halley announced that the earth is likely a concentric shell of hollow spheres with a molten, luminous core that sheds light upon the inner hollow spheres. He further postulated that there was indeed an atmosphere within these concentric layers that sustains life and the emanations at the poles known as the Aurora Borealis and Australis were energetic emulsions from the inner, layered spheres. Halley used his theory to explain the existence of more than one magnetic pole. Indeed, his theory was far ahead of its time and far more accurate than is accounted for by the modern scientific establishment.

Others assert that scientists and mathematicians followed on the coattails of Halley's idea of a hollow earth such as Swiss mathematician Leonhard Euler and Scottish mathematician John Leslie. Though some of these assertions are hotly disputed, it can be sure that Halley's hard won scientific accomplishments throw a considerable weight behind his work, and his theory of the hollow earth is not to be lightly regarded.

highly esteemed thinkers used to KNOW that the SUN revolved around the moon....or that Illness could be cured by simply removing some blood from the body...etc etc..just because sir haley made other serious contributions doens't mean this one makes sense..it may have been open at that time but the evidence now falls heavily against that idea, which is why is was discareded..so isn 't it just a bit misleading to use this outdated idea as EVIDence when even haley didn't have SOlid evidence at the time for it jeez