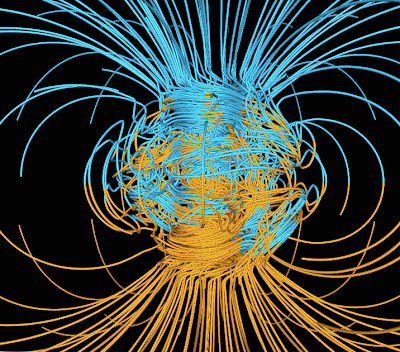 It is a commonly held tenant that when a permanent magnet is heated the magnetic domains realign themselves so as to locally cancel out any net magnetic field and it's permanent magnetic domain is entirely destroyed. It's even more difficult (if not impossible) to sustain a permanent magnetic field in a liquid or a molten environment as the individual magnetic domains are free to rotate and cancel each outer out. This would explain the difficulty that Dan Lathrop, a geophysicist at the University of Maryland, is having in building a scale model of the earth and reproducing the geomagnetic field of the earth in a molten environment. He is trying to accomplish this using a stainless steel globe filled with liquid sodium and then spinning it at 90 mph. Needless to say, he has been thus far, even on his third attempt, unsuccessful. Even Dan confesses that he is becoming frustrated in understanding the dynamo that powers the earth's inner magnetism. 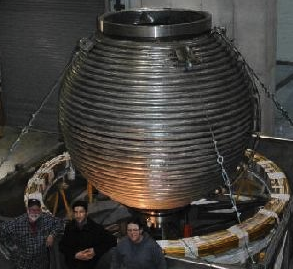 This is perhaps one of the biggest and most glaring flaws in our current model of an earth with a molten core. We need to go back to what we do understand about electricity and magnetism and see if there isn't a more convenient model which will explain our observable reality. The hollow earth, with its centrally suspended, plasma-like inner sun (i.e. electro-magnetic dynamo) is a sufficient explanation for the wandering and constantly changing magnetic field of the earth.