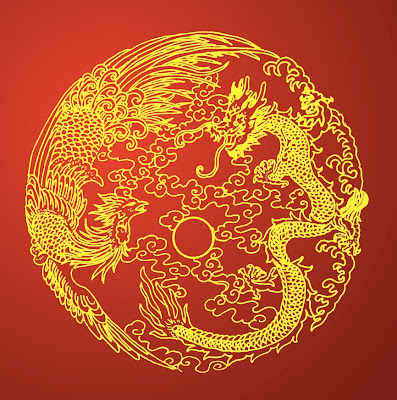 There is the curious story of the Jade Dragon and Golden Phoenix who fashioned a luminescent pearl that caused plants and trees to flourish in its life-giving glow. The Queen Mother of Heaven saw its beauty and locked it deep within her abode behind nine locked doors. In order to access the miraculous pearl one must be in possession of these nine keys.

The ancient oracle bone script depiction of the word for 'sun' or 'ri' is a circle with a dot in it. This gradually morphed into the symbol used today in traditional Chinese writing. 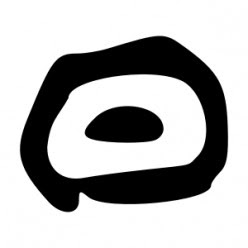 The Chinese bronze mirrors were curious items made to resemble the cosmos or world and could be held in the palm of the hand. They often display a pattern or motif with a circular outer border and a conspicuous central 'nipple' or hub. 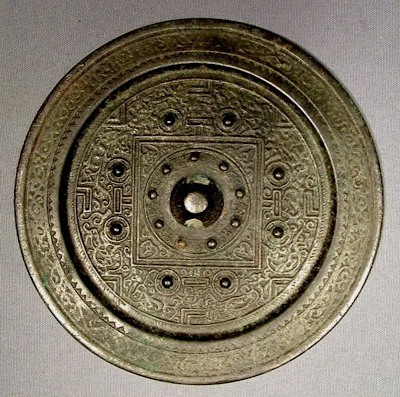 These and other symbols inherent in ancient Chinese cultural memory were passed down, and though their original meaning or intent may have been forgotten, they bear an uncanny resemblance to the life-giving central sun surrounded by the earth's shell.

Special thanks to Joseph Thorin for sharing these insights about ancient Chinese culture.

Very similar to the solar glyph in Western astrology, that is, a circle with a dot in its center. The dot signifying the 'soul' residing in the shell of Matter and the light- and life-giving aspects of the Masculine principle.