The Hollow Earth: The Sun — A Living Star?

The Sun — A Living Star? 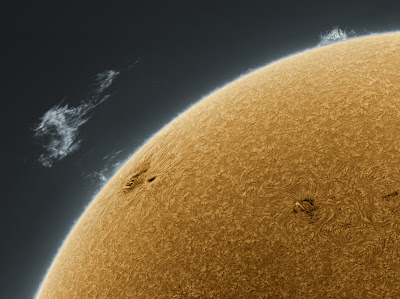 If the hollow earth is being kept a secret from us, just what other anomolies and truths are being held back. We speak a lot about the inner earth and how planets with intense surface conditions, may actually foster favorable conditions for sustaining life on the inner surface. The sun as we know it, is not a flaming ball of hydrogen, but, rather a solid, hollow shell. This shell according to some intriguing reports, from astronauts and the like, does not give off light in the visible spectrum. In fact, most, if not all stars, do not give off light in the visible spectrum, rather it is the interraction of the energy they emit with our atmosphere that produce both light and heat. These are facts that are being witheld from the public. 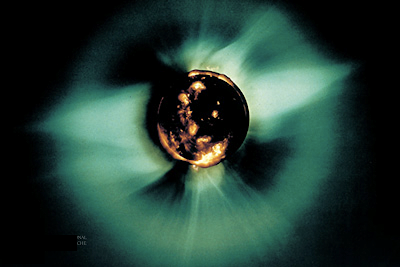 Our scope of what can or cannot sustain or support life is extremely narrow. It's much like an ant trying to fathom the complexity of international banking and finance from the limited confines of its beloved anthill. We must realize our own limitations and stop projecting them upon the grand scope of the universe. For instance, once thought impossible, a bacteria was found in a California lake that had substituted arsenic for phosphorous in its fundamental building blocks of life. Life is found to thrive in the high temperatures of undersea volcanic vents and antarctic fish have a radically altered type of blood to allow it to thrive in the cooler temperatures extremes. So too, it is likely that each star is a planetoid literally teeming with a life form we perhaps cannot yet relate with and the inner surface of the sun is its veritable paradise. 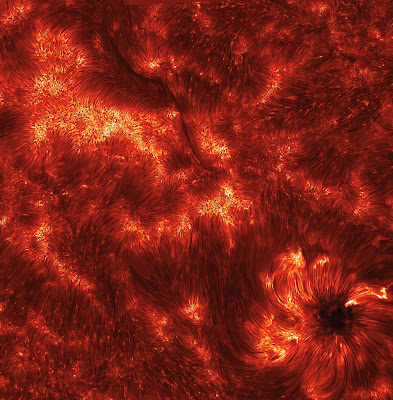 Wouldn't it be comforting to look up into the sky and know that everywhere there is a pinpoint of light, there is life. Some day in the future we will see the vastness of space as a broiling cauldron that is teeming and overflowing with life, much as we currently understand the depths of our oceans to be. At that time we will have evolved and expanded our consciousness beyond the confines of our anthill. For today, however, we are left to fantasize and wonder at the grandeur of existence.

This is interesting and all.. But stars, especially our Sun, give off light in the visible spectrum. It is not reliant on our atmosphere to give off visible light, this light is also seen from orbit, outside of our atmosphere.

I believe the Sun to be a black hole. An infinity cycle/zero point/whatever name we call it, energy source ever giving off energy to nurture the solar system. You can see the energy being sucked back into the dark matter of the sun back into its core on close up footage, stunning stuff. I also believe the Sun itself is literally a being, just like our Earth is, we call her many names, I like Gaia. Perhaps the Sun is the father of all life within this solar system. Relating the microcosm to the macrocosm gives one many many insights as we know the golden ratio does not change and the world around us is constructed on the same architecture. So I believe every planet is life, so with that every star in the sky has life, some of them, galaxies, have billions of solar system with them, with dozens of planets in each solar system, there are probably a trillion planets in every galaxy that have life. So that one star you are looking at has that much life.

Our Source shares knowledge that the Celestial Sun is a reflector. It is a solid, hard surfaced entity with thin gaseous clouds perpetually swirling over and above her surface. The Celestial Sun does not emit Light, it reflects Light. The source of the reflected Light are twelve small Hydrogen Suns, very similar to our Central Sun, that orbits this humongus reflector. These twelve Suns have their appointed and separate orbits. As you know, something is always orbiting something else in the Universe. This is the nature of Creation. If you were to think of the reflector as the nucleus and the twelve Suns as orbiting electrons, the picture should immediately become clear in your mind.

Our Central Sun is some 500-600 miles from the interior surface. The Sun's diameter is the approximate distance from San Francisco to San Diego and is about as far away as the Eastern seaboard is from the Pacific shore. It is a small Hydrogen Sun and is never far away. The almost constant cloud cover and the Ozone Shield protect the surface from the relentless rays of this powerful entity. The Central Sun is the life-giver for all living things in the interior as well as being the Logos of our entire Planet. It is the Mind/Spirit of our Earth Mother.

Tim, the sun reflects visible light. However, you misread the article. The article CLEARLY states that the "The sun as we know it, is not a flaming ball of hydrogen, but, rather a solid, hollow SHELL. This SHELL according to some intriguing reports, from astronauts and the like, does not give off light in the visible spectrum." The out layer of the sun is what reflects visible light, not the shell.

The sun is hollow