The Hollow Earth: The Swastika 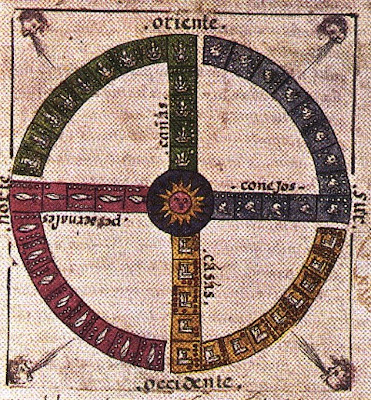 Ah the swastika, perhaps the most misunderstood icon of all time. The word swastika comes from the Sanskrit words 'su', meaning 'well', and 'asti', meaning 'to be'. The swastika has not always been used as a symbol of Nazism and was in fact borrowed from Eastern cultures. It seems to have first been used by early inhabitants of Eurasia who revered it as a symbol of prosperity and good fortune. It is an important symbol in Eastern religions, notably Hinduism and Buddhism, among others, and was also used in Native American faiths before World War II.

The Germans of the Third Reich were obsessed not only with proving their Aryan heritage, but they also believed they had found a way to reconnect with these ancient peoples at their point of origin — the inner earth. Sun symbols and swastikas dominated Nazi regalia, architecture and propaganda. It's no accident that the sun symbols and swastikas both share their heritage with the concepts of Agharta or the inner earth and the civilizations that populate that realm. The obsession of the Third Reich with the occult was overhsadowed only by their desire to achieve the sacred realms of the mythical land of Agharta and reunite with the 'Aryan' nations of that domain. The information they uncovered regarding these ancient ideas lives on to this day and cause an uncomfortable stir among those that are loathe to admit that they might have just been on to something. 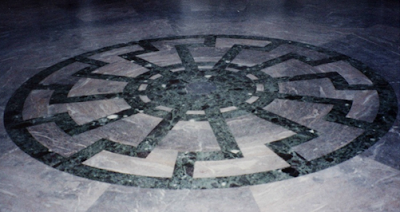 You're neglecting to mention the 7,000 year-old swastika found in north-western Bulgaria.

Far from being 'borrowed', the swastika, as a White symbol pre-dating the oriental civilizations, merely had its revival with the National Socialist movement of Germany.

Surprise, surprise. The Swastika predates even the Vinca in Europe. I guess the whole 'Indians were the inventors' is yet another bold faced lie and distorts European history. It is our symbol and something we ought to cherish.

In the Samarra ware, for example, we discover the earliest known association with the swastika with the mandala – in fact, there is only one earlier known occurrence of the Swastika anywhere, and that is one the winds of a flying bird, carved of MAMMOTH ivory (fig. 11), found in a late Paleolithic site, not far from Kiev.[1]

[1] Campbell, J. "The Neolithic-Paleolithic Contrast" in Flight of the Wild Gander: Explorations in the Mythological Dimension. (collected essays, 1969; 2002).

the point of this post has clearly been miss...

white people DID NOT exist 7,000 years ago. white people are the decendents of albinoids from africa.