The Hollow Earth: Genesis for the New Space Age

Genesis for the New Space Age 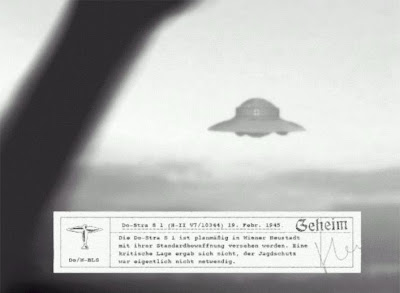 From the United States' development of a round wing craft with early aerospace inventor Jonathan Caldwell to the anti-gravity inventions of WWII Germany we come upon the story of the super secret development of the round wing plane used by the German Reich to explore and populate the inner realms of this planet. Genesis for the New Space Age explains how Admiral Byrd led the United States' efforts to perform reconnaissance missions of the inner-earth settlements.

In addition to the beings of the inner-earth realms, Genesis for the New Space Age catalogues other extra-earth races and beings from within our solar system and beyond who continue to involve themselves with the development of our race and our planetary evolution. The saga of our world's combined evolution is not an open-ended story for which we are solely responsible but it is a journey which is undertaken with the patient assistance of more highly-evolved beings who continue to inspire and co-create a grander end than we can currently envision.

There are many legends surrounding the Germans, UFO's, Vril, Thule societies, Antarctica and the Hollow Earth. Some postulate that 'UFO's' come from the Hollow Earth including Jim Marrs and Micheal Mott.

The "interesting" of all this story is that , it begin with Portugal?s KIng Sebastian, a Lot of Portuguese and 500 Germans that went to Amazónia and entered together the great Caverns , but soon , the Portuguese , "vanished" from the story (...in the thin air , perhaps ...) and the only people that remained , where the Germans ...!?..How can that be ?!
There were more Portuguese than Germans , and , at that time , Portugal still were the leading world power in many ways ...so , today , inside our Earth , there are millions of Portuguese alongside with Germans in an advanced civilization .