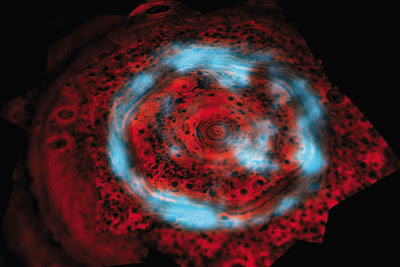 Here again we have an apparently 'inexplicable' auroral phenomenon at the poles of Saturn. Scientists are not suprisingly at a loss to explain how an auroral display could happen at Saturn's poles where the solar winds are relatively weak and incapable of producing such a feat. In the image above and several of the images below, the infrared emissions can be seen to stream from a central point at Saturn's pole. To the scientists' chagrin, the polar emissions can be easily explained by the existence of an internal luminary whose rays stream out from Saturn's polar openings to light up the polar extremities. 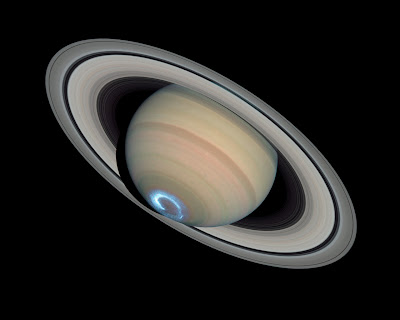