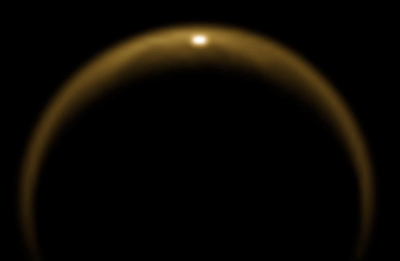 Titan, Saturn's largest moon at 5150km in diameter is 50% larger than the Earth's moon (3476km dia). With roughly 40% of the Earth's diameter, Titan hardly deserves the title of moon, but rather that of planetoid. This mysterious planetoid continues to baffle scientists and astrophysicists as the bulk of its humidity and clouds gathers at its northern and southern latitudes. The image above is supposed to be a flash or glint of the sun reflecting off Titan's northern lake Kraken. If this is the case, why are scientists perplexed by the persistence of this odd hot spot which appears in precisely the same location as this purported 'reflection'? 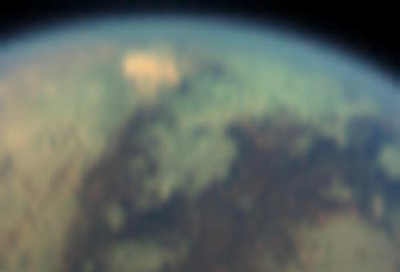 Also, why does this spot stay in exactly the same place over repeated infrared photographs separated by days and even months? And why is there a distinct depression betrayed by the planetoid's shadow at the pole? 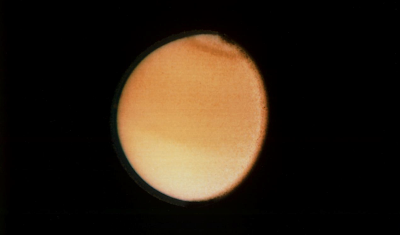 In the spring time on Titan you can see the formation of very conspicuous looking 'clouds' which could very well be streaming from the northern and southern polar openings. Couple this with the thick cap of moisture seen to hover directly over the pole and you have some solid evidence for a hollow planetoid with its interior electric light source illuminating and heating its polar regions! 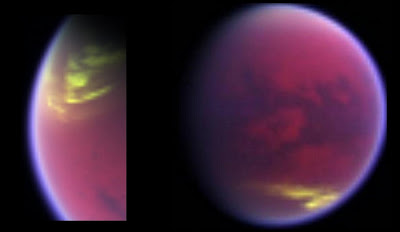