The Hollow Earth: The Solar Wheel 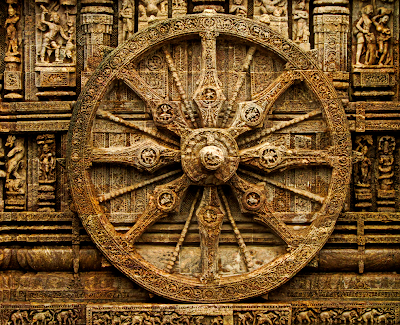 The solar wheel is a motif that repeats itself throughout all cultures from as far back as history can be traced. It first made its mark during the neolithic periods but since then has evolved into many forms. It appears as the point in the circle or monad and evolved to its more sophisticated forms as currently used in Christian architecture and priestly garb today.

The symbol, though often misunderstood, presents itself with a variety of spokes but always incorporates an outer circle with the rays inside the circle that emanate from the center. In my mind, this is greatly differentiated from a circle with the rays on the outside. I think you know where I'm going with this ... that's right, the hollow earth and its shining inner sun!